Much of the narrative on China’s Belt and Road Initiative (BRI) has been polarized and lacking empirical foundations. Scholars have argued that this polarization is the result of a biased conception of China as a monolithic entity, which is convenient to both China, to legitimize its growing nationalistic and sovereigntist agenda, and its rivals, to conjure up the image of a ‘bogeyman from the East’ (Klinger and Muldavin, 2019).

Most importantly, this monolithic conception does not take into consideration the variety of actors, capital, spaces, and modalities that characterize 'Global China,' which recent studies have started to conceptualize. Scholars often focused on the importance of state-owned enterprises (SOEs) as a tool for the PRC’s economic statecraft (Tsai and Naughton, 2015; Norris, 2016). However, to an increasing extent, Chinese transnational capital also encompasses a variety of small and large private firms driven primarily by market dynamics. Whether and how private actors can also contribute to the large-scale projects created by the BRI has been a question that international agencies have not only promoted but seen as crucial for the initiative’s sustainability (UNDP, 2019).

The proposed research plan comprises three inter-linked studies that examine patterns, actors, and modalities of Chinese investments following the introduction of the BRI, and how host countries negotiate, manage, and govern these investments. The studies and the research questions are outlined below:

When looking at China’s BRI, the energy sector is a contradictory field. China was dubbed the next “world’s renewable energy superpower” after a report showed the country is the largest producer, exporter, and installer of solar panels, wind turbines, batteries and electric vehicles (IRENA, 2019). Indeed, this potential has been documented also by academic research (Cabré et al., 2018; Andrews-Speed and Zhang, 2019). Yet, other equally empirically sound studies claim that China has become a leading player in the financing, construction, and development of coal power plants in the world, therefore contravening its own sustainability commitments for the BRI as well as other multilateral ones such as the Paris Agreement (Gallagher, 2016; Gallagher, 2017; Ren et al., 2017; Zhou et al., 2018; Shearer et al., 2019). These studies that often take the form of working papers or reports, take a global perspective, and base their analysis on datasets assembled primarily through the combination of financial data from policy banks. This data allows comprehensive and reliable analysis. However, it may not allow the investigation of activities and investments that are not funded through these channels such as conventional commercial loans. Other research focused on Southeast Asia has also analyzed the dynamics of Chinese overseas investments (Urban et al., 2013; Liao, 2018; Andrew-Speed and Yao, 2019). This research used a combination of official sources including the Chinese Ministry of Commerce (MOFCOM), the Chinese National Development and Reform Commission (NDRC), and China’s statistical yearbooks, their own research as well as opensource databases such as International Rivers, the Climate Policy Initiative, or the American Enterprise Institute (AEI). These datasets often have similar limitations, and, because of this, these studies often focused on the investigation of state-owned actors, often regarded as the main players in the BRI. Liao’s (2018) study of energy and mining developments in Southeast Asia shows how SOEs drive the growth in these sectors, and exploit “Beijing’s policy agenda and the institutional shortcomings behind it to plow state-backed resources into business partnerships with weak rule-of-law governments in the region”, as opposed to their Western counterpart. These partnerships are often brokered with the help of less formal institutions or links, which connect government and companies, for instance, through local corporate elites (Andrews-Speed et al., 2016; Liao, 2018). Networking and lobbying activities with host government and businesspeople to facilitate market entry and project development have been well documented (Buckley et al., 2010; Voss, 2011; Andrews-Speed et al., 2016; Liao, 2018). But what about China’s private sector companies? Do they also engage in similar behaviors? Besides, most of these studies have often focused on Chinese companies, without providing a balanced view of what kinds of energy projects non-Chinese companies bring.

This project will use a novel combination of data to address the above gaps, and seek to answer the following questions: 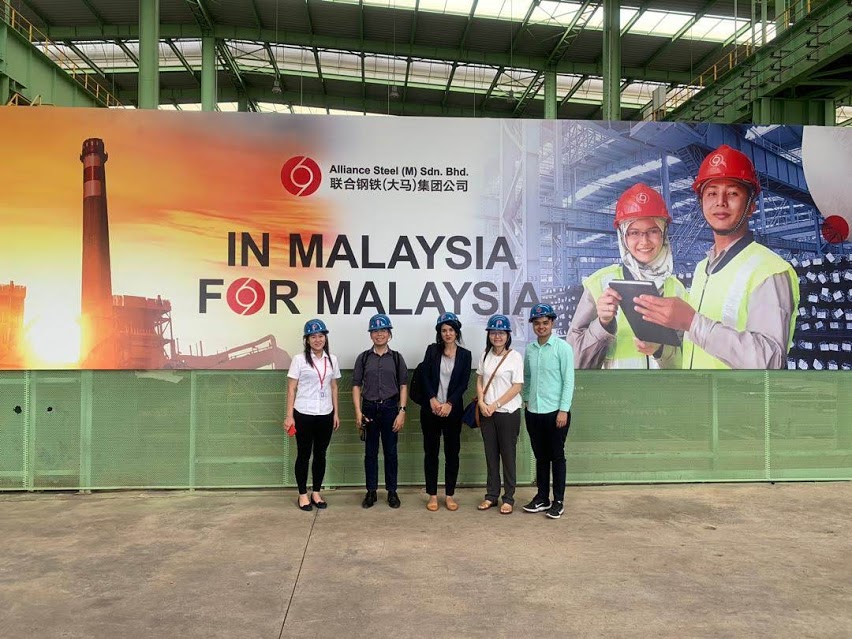 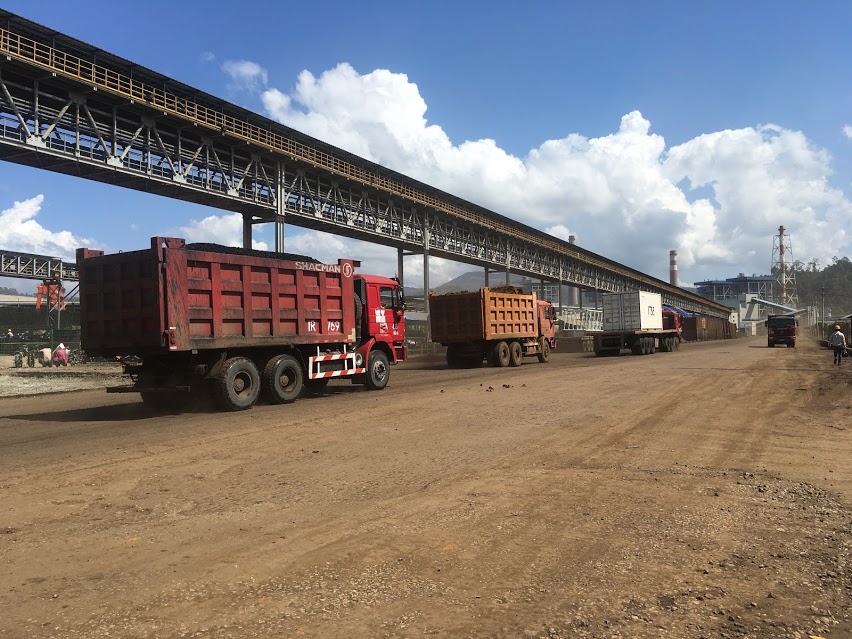 In their analysis of Chinese outward FDI, scholars have often distinguished between state and private capital (e.g. Lee, 2009, 2014; Camba, 2017a; Li and Zeng, 2019; Oh and No, 2019) to draw out which firms advance China’s political motives. Here, scholars often regard Chinese SOEs as the primary vehicle of China’s economic statecraft (Norris, 2015; Gu et al. 2016, Tsai and Naughton, 2015; Liao, 2018), which recent studies have clearly demonstrated (Li and Zeng, 2019). However, further research has also shown that private firms can also coordinate with the Chinese State. For instance, Oh and No (2019) have argued that the coordination of cross-border mergers and acquisitions heavily depend on the motives and technological intensity of private firms in the target industry. Furthermore, research has also found that SOEs are more likely exert their political leverage on host country actors to bargain for their market entry and provide opportunities to rent-seeking local politicians (Liu & Lim 2018, Liao, 2018). Scholars have also argued that SOEs are less transparent, which can explain the lower completion rate of cross-border acquisitions (Li et al., 2019b). In addition, scholars have contended that the “evolutionary path of [Chinese] state firms has a very strong sectoral component,” related to both state control and regulation (Tsai and Naughton, 2015). Starting from this, this study will employ Pearson’s three-tier classification to produce a new framework for understanding the variety of Chinese capital in the BRI period. Based on this framework, the study will identify key patterns of ownership, sectors, and size that shape the motivation of Chinese companies.

The research questions that this study will address are: 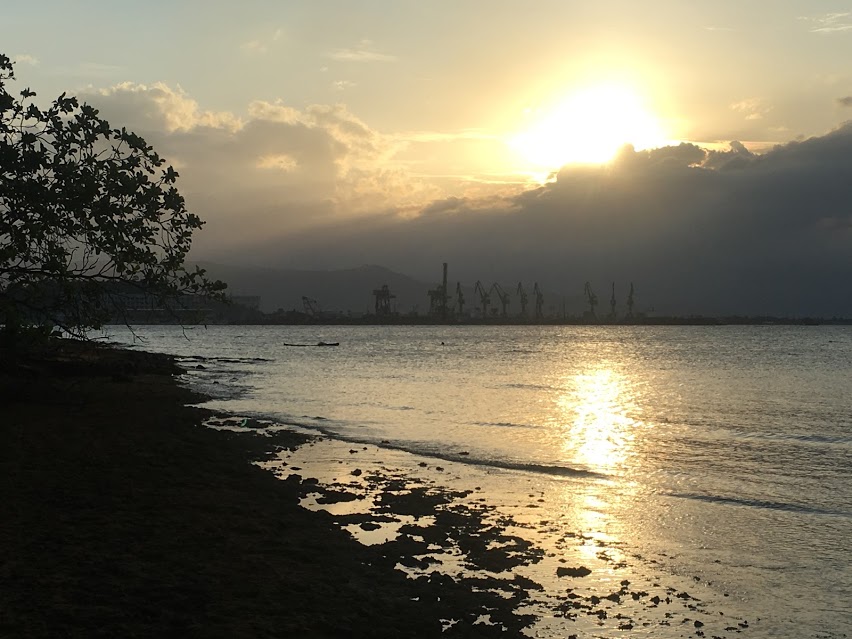 While evidence of the success of China’s BRI is uncertain when it comes to transport infrastructure development, evidence from Chinese-led industrial parks provides clear examples of the export of China’s model of state-led development. This paper examines two cases: the Indonesia Morowali Industrial Park (Central Sulawesi, Indonesia) and the Malaysia China Kuantan Industrial Park (Kuantan, Malaysia). The cases highlight how the BRI created a platform for high-level meetings, which then paved the way for collaborations in the private sector, helped by state-led financing. The success of these parks also depended on the ability of the host countries to attract these investments and negotiate conditions not only in the initial stage, but over time.

While evidence of the success of China’s BRI is uncertain when it comes to transport infrastructure development, evidence from Chinese-led industrial parks provides clear examples of the export of China’s model of state-led development. This paper examines two cases: the Indonesia Morowali Industrial Park (Central Sulawesi, Indonesia) and the Malaysia China Kuantan Industrial Park (Kuantan, Malaysia). The cases highlight how the BRI created a platform for high-level meetings, which then paved the way for collaborations in the private sector, helped by state-led financing. The success of these parks also depended on the ability of the host countries to attract these investments and negotiate conditions not only in the initial stage, but over time.

This study seeks to answer the following questions:

Key publications relevant to this project 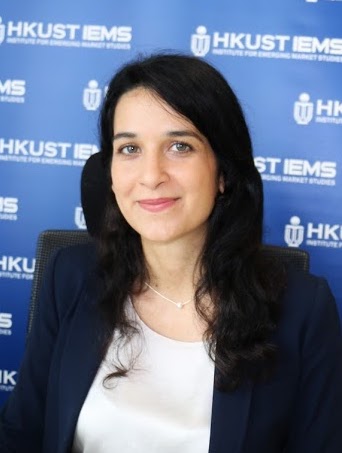 Angela Tritto (Ph.D., City University of Hong Kong), is a Postdoctoral Fellow jointly appointed by the Institute of Emerging Market Studies and by the Division of Social Science, HKUST, where she joined the Centre for Global China. She is currently working on three interrelated research projects on the Belt and Road Initiative in Southeast Asia, and on her own research on environmental management in World Heritage Sites. Her research interests include the management of innovation, environmental policies and technologies, heritage management, and sustainable development in China and Southeast Asia. She recently published several works in collaboration with a team of international scholars on the sustainability of the Belt and Road Initiative. Her other publications examine environmental innovations and the role of institutions in the management of World Heritage Sites in China and Malaysia.