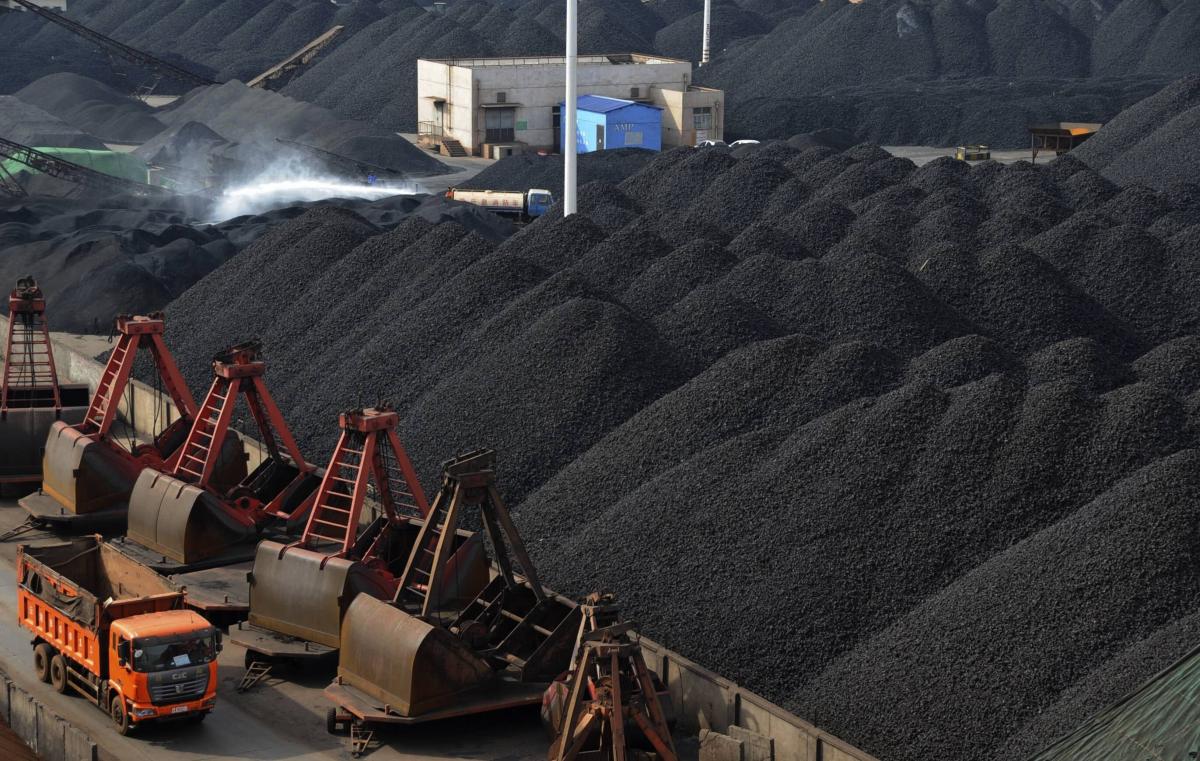 Some state-owned enterprises in China, including in the coal industry, continue to suffer from falling prices and bloated workforces. And transforming them to commercially viable businesses has been slow. Photo: Reuters

China’s big state-owned firms are likely to face growing pressure to make payments on their debt this year as Beijing moves to tighten credit growth, government researchers and analysts said.

Last year, Chinese state firms defaulted on 71.8 billion yuan (US$11.1 billion) worth of debt, accounting for 51 per cent of all defaults, and the largest default total for state firms since China first allowed onshore bond defaults in 2014, according to data from the National Institution for Finance & Development (NIFD), a government-linked think tank.

“[The data] actually confirms our long-standing view that the [challenges facing the] Chinese economy involve solving the problems of state-owned enterprises to a considerable extent. [This is the same situation] in the real economy and in the financial sector,” said Li Yang, chairman of the NIFD, at a seminar on China’s bond market in Beijing on Tuesday.

In fact, credit growth in China reached a peak in the last quarter of 2020, and it is now showing signs of slowing down. Overall, national credit growth, based on total aggregate financing data – which measures fund flows from the financial sector to non-financial sectors in the forms of loans, bonds and trust investment plans – slowed for the second straight month to 13.3 per cent year in December from a year earlier, according to data released this week by China’s central bank.

“We believe a managed tightening is in sight, as Chinese policymakers carefully balance growth and risks. For now, policymakers are maintaining a cautious, calibrated approach to policy easing, which is reflected in tighter financial conditions at this stage of the recovery. In the past, calibrating policies to balance growth and financial stability have led to stop-go credit-driven business cycles in China,” US rating agency Standard & Poor’s said in a note on Wednesday.

“There is a trend of credit tightening, so we expect that the defaults of weak state-owned enterprises and [those] at the bottom of the pile will be highly contagious and will impact the entire credit market,” Liu said at Tuesday’s bond market seminar.

In November, Yongcheng Coal & Electricity Holding Group, a mine operator in Henan owned by the provincial government, failed to make principal and interest payments on a 1 billion yuan commercial paper, despite its AAA rating, triggering a wave of panic selling in the bond market.

As soon as the market went down, it was discovered that many AAAs and AAs became just junk bonds Li Yang, NIFD chairman

This led to many state firms cancelling fundraising plans as a result of weak investor confidence in their financial positions despite their investment-grade ratings. Securities houses, accountants and rating agencies involved are under investigation by Chinese regulators regarding their role in the Yongcheng bond scandal.

Many bonds issued by Chinese companies, including state-owned firms, have been rated as investment-grade but the default rate of AA+ bonds was an astonishing 82 per cent last year, NIFD data showed.

“As soon as the market went down, it was discovered that many AAAs and AAs became just junk bonds,” the NIFD’s Li said. “I know that our relevant departments have noticed this problem and are paying great attention to it.”

Many state-owned firms, despite being rated investment-grade, are weak due to high leverage and poor profitability, analysts said. What’s more, their financial positions are likely to get worse when Beijing gradually begins withdrawing its credit market stimulus, potentially increasing their borrowing costs.

To rescue its coronavirus-hit economy last year, China unleashed a flurry of stimulus measures, including cutting taxes and increasing the issuance of special treasury bonds to fund infrastructure investment by local governments, which lifted the central government’s budget-deficit ratio to a record high of 3.6 per cent of gross domestic product (GDP). In addition, the People’s Bank of China (PBOC) provided trillions of yuan in extra liquidity to the market, driving down interest rates and borrowing costs.

“A good AA is much better than a bad AAA-rated bond, so you can’t just look at the credit rating. It is necessary to avoid AAA-rated state-owned enterprises with overcapacity and heavy historical burdens,” Yun Zhanhua, vice-president of First Capital Securities, said at the same seminar.

China’s state firms have traditionally taken on important social responsibilities, such as ensuring adequate employment. But despite rounds of restructuring in the state sector, and efforts to open up the Chinese economy, some sectors such as coal continue to suffer from falling prices and bloated workforces. And transforming them to commercially viable businesses has been slow.

“The accumulation of these kinds of liabilities by state-owned enterprises has been going for many years,” Yun said. “It is difficult to change. Once the capital funding chain is broken, it is very dangerous.”

PBOC governor Yi Gang said in an interview with the state-run Xinhua News Agency last week that monetary policy in 2021 should be stable, and that liquidity should be kept reasonable and ample.

“From a macroeconomic perspective, the overall leverage has to be stabilised,” Yi was quoted as saying. “The impact of the pandemic drove down GDP growth, causing our leverage, and in turn our overall debt to GDP, to rise significantly. The growth of leverage has already slowed since the third quarter of 2020. [We] estimate it will return to a basically stable direction.”

Chinese regulators are increasingly concerned about the fallout from the emergency economic measures introduced early this year, which caused the nation’s debt-to-GDP ratio to rise to 266.4 per cent of GDP at the end of the third quarter, up from 245.4 per cent at the end of the third quarter in 2019, according to the Chinese Academy of Social Sciences (CASS). The State Council-affiliated think tank expects China’s debt-to-GDP ratio to hit 275 per cent for the whole of 2020.

Li, who was a former vice-president at CASS, also warned that keeping borrowing costs low for an extended period could worsen the proliferation of Chinese “zombie companies”, which are long-term money-losing firms, often state-owned, and are effectively insolvent but have been kept alive only by bank loans and government subsidies.

“Generally speaking, enterprises are beneficiaries because of the greater availability of loans and improved financing costs [from the economic stimulus]. However, we note that it is precisely because of such availability and low cost that we end up with a big problem – the problem of zombie companies,” Li said.