Sorry, you need to enable JavaScript to visit this website.
Skip to main content
City in a box? Rethinking the Special Economic Zone as the ‘China Model’ of development
Online Event
Share Email Add to Calendar

This public lecture series features international scholars and experts on a wide range of topics related to China's global presence and impacts. Each seminar will begin with a 30-min presentation, followed by another 30 mins of Q&A. The series is free and open to the global public. Participants must register before each seminar.

"VIRTUAL ENGAGEMENTS ON GLOBAL CHINA" SPEAKER SERIES : City in a box? Rethinking the Special Economic Zone as the ‘China Model’ of development 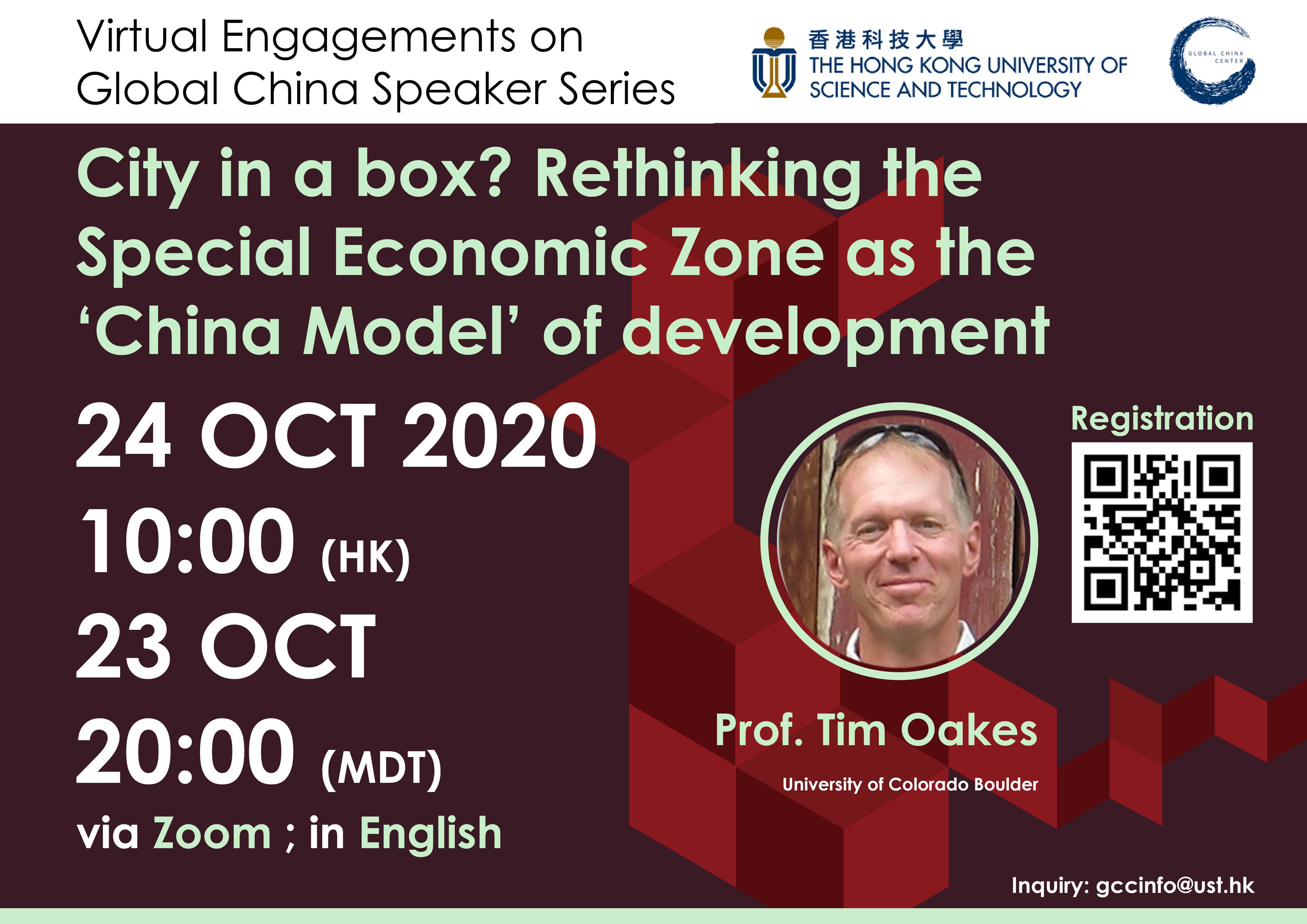 The concept of ‘infrastructure space’ was proposed by Keller Easterling in her 2014 book Extrastatecraft to identify the spaces where de facto forms of infrastructural governance form before they can be officially legislated by the states that house them. While China seemingly offers a large array of such spaces in the ‘Special Economic Zone’ format, such spaces tend to say less about the logics of global capitalism than they do about the legacies of the socialist city, and of the administrative state’s territorializing power. Easterling’s idea of extrastatecraft presupposes a state of contingent sovereignty in such spaces, but scholars of China’s system of territorial administration see no ambiguity or contingency in China’s special zones whatsoever. In contrast, then, to the ‘neoliberalism as exception’ popularized by Aihwa Ong, China’s infrastructure spaces are firmly embedded within an administrative hierarchy in which socialist urban planning has played a significant role. Such ‘exceptional’ spaces have long served as the infrastructures of state-led social transformation, and continue to do so today. This makes the Special Economic Zone a complicated and not particularly reliable ‘model’ for export in China’s efforts to promote development agendas beyond its borders. While numerous popular and academic accounts have characterized China’s zone model of development as a mobile platform for ‘extraterritoriality’ – a ready-made ‘city in a box’ – that reproduces Chinese social and cultural spaces abroad, the Chinese zone is primarily a state administrative infrastructure that travels poorly.

Tim Oakes is Professor of Geography and Director of the Center for Asian Studies at the University of Colorado Boulder. He is the project director for China Made (https://chinamadeproject.net), which explores the techno-political dimensions of Chinese infrastructure development both within and beyond China’s borders. His most recent research focuses on infrastructural urbanism and new town development in China.